In 2013 Copenhagenize published their index of the top bicycle friendly cities in the world. Cities are judged on their efforts towards re-establishing the bicycle as a feasible, accepted, and practical form of transport. Criteria include: Advocacy, Bicycle Culture, Bicycle Facilities + Infrastructure, Bike Share Programme, Gender Split, Modal Share For Bicycles, Perception of Safety, Politics, Social Acceptance, Urban Planning + Traffic Calming.

As expected European cities like Amsterdam and Copenhagen are at the top of the list, but what interested me were the new comers to the list – the emerging bicycle cities like Barcelona, Seville, Dublin, Bordeaux. These cities have seen rapid growth of bicycle culture and are creating safe infrastructure for cyclists. There are many lessons to be learned when it comes to developing bicycle cities in South Africa.

“The Emerging Bicycle Cities, they are not just transforming their own urban landscape, they are inspiring cities around the world in showing what is possible in a short amount of time. These are the visionaries”.

Dublin operates one of the most successful bike share schemes in the world. The system, titled Dublinbikes, was implemented in 2009 and is more than doubling its size with a massive expansion beginning this year. A large part of the success of Dublinbikes is its low cost to users. The City of Dublin reports that 96% of Dublinbikes trips have been free; the first 30 minutes of use have no charge. This cost structure encourages short, frequent trips.

To increase the safety and appeal of cycling in the city, Dublin has also implemented a 30 km/h speed zone on all streets within the city centre. This controversial measure has been hotly debated in cities across the world. Copenhagenize Consulting has released a report on the impact 30 km/h zones have had on cities across the globe. The report clearly illustrates increased safety as one of many benefits of 30 km/h zones.

Described by Copenhagenize as “the Great Bike Hope among Emerging Bicycle Cities,” the Irish capital has certainly found cycling success through its bike share scheme and low speed zones. According to the 2013 Copenhagenize Index 7.5% of Dubliners are traveling by bike; that number was 5.6% in 2006.

Malmö is the Swedish city located directly across the Øresund from Copenhagen; the eight-kilometer Øresund Bridge connects the two cities. Being so close to Copenhagen creates a substantial bicycle-friendly shadow that Malmö must live under. However, this Nordic city is quickly gaining a bicycle-culture spotlight of its own, and is setting a shining example for other Swedish cities. In 2006, the city of Malmö devised a clever campaign to get people out of their cars and onto their bicycles. The ‘No Ridiculous Car Trips’ campaign is aimed at helping the people of Malmö poke fun at themselves and their car usage, and in the process encouraging them to try cycling short trips instead of driving. The campaign has been hugely successful in the Swedish city and has received praise from a variety of bicycle-related organizations since inception.

This fantastic campaign is but one cog in the machine that keeps Malmö a bicycle-friendly city. To complement the “No Ridiculous Car Trips” campaign, Malmö uses the same bright orange as a recurring color in the city’s cycling infrastructure. Two “bicycle barometers” stationed in central Malmö count passing cyclists, a fun way to encourage people to continue raising the number. The city boasts an impressive array of other cycling infrastructure including: 60,000 cycle parking spots on municipal land, underground cycle parking at the central train station, and 470 km of separated-from-traffic cycleways. A comprehensive look at Malmö’s cycling infrastructure can be found here.

With such an extensive collection of bicycle facilities, Malmö surprisingly has not always received the global cycling praise it truly deserves. The 2011 Copenhagenize Index did not even list Malmö, despite the city receiving the #7 ranking in the 2013 index. With one in four trips being taken by bicycle in Malmö, one can surely expect this city to continue rising in the rankings. We can look to Malmö’s example when it comes to encouraging cycling and shifting minds sets around bicycle use. As more South African’s start cycling and using their bikes for everyday transport needs, more investments will be made in the city’s cycling infrastructure.

Indianapolis is a midwestern city known worldwide for its famous Indy 500 race, but behind the adamant support of Mayor Greg Ballard, Indy is racing to become one of America’s most bicycle-friendly cities. When Ballard was elected in 2007, Indianapolis barely had one mile of cycle lanes. Today, there are 120 kilometers of cycle lanes in the city and Mayor Ballard has promised to increase cycling infrastructure to more than 320 kilometers by 2015. In addition to being a vocal advocate with a position to make changes in city government, Ballard takes to the streets to lead and participate in all kinds of community cycling events.

Perhaps the most impressive piece of cycling infrastructure in Indianapolis is the Cultural Trail. Roughly 13 kilometers, the Cultural Trail brings cyclists and pedestrians safely through downtown Indianapolis and connects a myriad of cultural institutions and districts in the heart of the city. Wide and separated from traffic, the trail was created by removing traffic lanes from roadways and converting them entirely to cycleways and walking paths with pleasant landscaping. This beautiful and functional piece of infrastructure is highlighted in this Streefilms’ video (above).
Although Indianapolis is not a city featured in the 2013 Copenhagenize Index, it is undoubtedly an emerging bicycle city, especially in relation to its North American counterparts. As demonstrated by Mayor Ballard’s commitment to bicycle advocacy in Indianapolis, strong leadership can help bolster a community’s cycling culture. South African cities can follow in Indy’s footsteps… Speak to your councilors and let them know you expect them to support bicycle initiatives. Without strong leadership, we are all cycling an uphill battle. 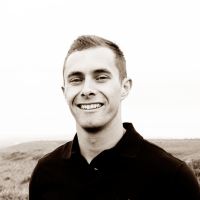 Proudly powered by WordPress and Listable by PixelGrade.